The Forbidden Fruit & The Tree of Knowledge: Opening the Third Eye

“Mystery creates wonder and wonder is the basis of man’s desire to understand.” -Neil Armstrong, NASA astronaut and the first man to walk on the moon

Is there anything more remarkable than wondering about the mystery of existence?

Human beings hold a very special gift.  This gift is what we call consciousness.  Neuroscience is on the cutting edge of discovering what consciousness has to say about the nature of humanity, but several unanswered questions remain, such as: 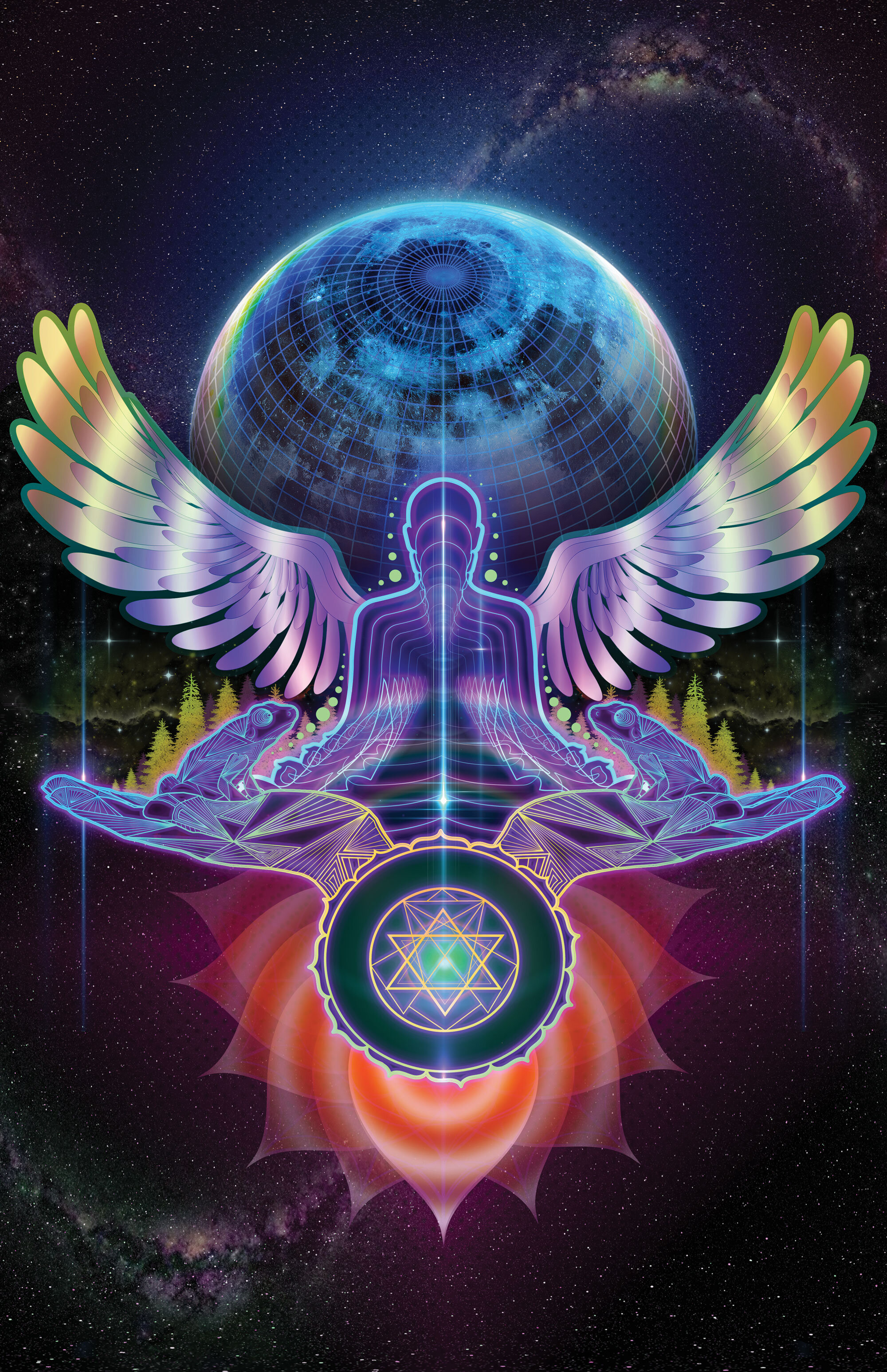 -How did consciousness come to be?

-Is there a purpose for altered states of consciousness?

-What is the nature of reality?

-Is there such a thing as psychic phenomena?

-Is there a purpose for dreaming?

-Can we explain the mystical or spiritual experience?

-Is consciousness localized in a physical body?

According to current science, human consciousness is the most highly evolved form of consciousness on planet Earth.  Every man, woman, and child holds the birthright to subjectively explore their own human experience.  By doing so, they say yes to whichever path may be right for them.  There are multiple routes we can individually take via religion, creed, political view, and national, cultural and social programming.  However there remain several uncharted territories of the psyche yet to be explored.

This is where the classic myth of the hero’s journey comes into view.  Joseph Campbell explains the hero’s journey well in his book, The Hero of a Thousand Faces, by stating “a hero ventures forth from the world of common day into a region of supernatural wonder: fabulous forces are there encountered and a decisive victory is won: the hero comes back from this mysterious adventure with the power to bestow boons on his fellow man.”  These fabulous forces—or obstacles—test the willpower of the hero, to discover whether they are disciplined enough to overcome such forces.  The overcoming of these forces then transforms the human through an alchemical process of turning lead into gold.  In other words, a lesson is learned and growth occurs for a positive outcome. This valuable experience often comes through resistance, struggle, and personal suffering. Simply put, the hero’s journey shows that each person has within themselves the potential to explore the unknown and to overcome great obstacles.

Let me entertain the concept of the hero’s journey through the lens of the psychedelic experience, namely the N, N-dimethyltryptamine (DMT) experience.  Perhaps you found this article through the DMTx website, so I assume you may be familiar with “The Spirit Molecule” but for those of you who are new to DMT, here is a basic overview:

-DMT is a very common molecular structure that is produced all throughout nature.

-DMT can be found in several plants, animals, and even Homo sapiens.

-DMT is produced in mammalian lungs and cerebral spinal fluid.

-DMT is closely related to the neurotransmitter serotonin and also the hormone melatonin which is known to be produced in the pineal gland.

-DMT happens to be the most psychedelic compound known to mankind.

-DMT is also known to be harmless and non-addictive.

-DMT was coined “The Spirit Molecule” by Dr. Rick Strassman who was granted government approved research during the 1990s.

Dr. Strassman administered the molecule to healthy volunteers who reported claims of extraordinary visions.  These visions were both frightening and sublime, which included encounters with intelligent entities in another dimension.  The volunteers reported novel insights, disembodied consciousness, and feelings of overwhelming significance.  Their experiences were rather short in duration, lasting around 10 to 20 minutes due to a single dose intravenous injection.

DMTx will be the new wave of exploration with the intention of extending the amount of time spent in the visionary space.  This may provide a chance to establish contact and hopefully reveal a more thorough understanding of the mystery behind the spirit molecule.  Through the slow release of the medicine into the blood stream, the volunteers will be able to control the dose and the amount of time they feel comfortable spending in that dimension.

To wave off DMT as a meaningless and insignificant substance would be a grave mistake.  We can instead sit with the implications of what this spirit molecule could mean, leading us to a new level of understanding ourselves and the nature of our reality.  Many brave souls are stepping forward choosing to explore the mystery of the DMT experience.    They are unafraid to perturb their mind.  We can think of these souls as astronauts exploring the human psyche, also known as psychonauts.

When it comes to science, exploring DMT is a bit troublesome as Dr. Strassman soon found out.  It becomes very difficult for scientific tools to measure and define the direct-felt experience during an altered state of consciousness.  How can a scientist measure or explain in scientific terms what a vision means?  How can they account for the high weirdness of the revelations that occur during an encounter with an entity in another dimension?  Simply put, they cannot.  Well, at least not yet.

This is where a spiritual practice or religious frame of reference steps up to the plate. Each person may have their own belief system or reality tunnel which they view the world through.  I find that it helps to keep an agnostic perspective as to what the DMT experience could possibly mean.  In other words, it helps to be open-minded.  Nothing could ruin a sense of wonder more than a sense of certainty about the vast cosmos.

To filter the knowledge of the spirit molecule through the hero’s journey concept, we clearly see that the person willing to set out on the adventure of exploring this phenomena is met with strong resistance by the powers that be.  The first “obstacle” the hero faces during this particular journey is that of the oppressive institutions known as the state, government, and even the church.  For some reason, these oppressors refuse to let you explore your own mind.  They have placed DMT in a category of illegal substances, regardless of the fact that the human body manufactures it.

While we still have the gift of human incarnation on planet Earth, should we really let the initial obstacle of forbidden exploration stop us from our cosmically given birthright to explore our own potential?  I think not.  This is one of the challenges the hero faces along their journey: to face the resistance of the powers that be and to choose to rebel against their restrictions.

Another challenge the hero faces is their own internal fear.  Particularly, fear of the unknown.  They must choose courage over fear and to not let the mystery prevent them from self-discovery.  As described in the science fiction novel Dune, “fear is the mind killer.”  In the Star Wars movies, fear is directly associated with the power of the Dark Side.  The Jedi uses the Force for good will and to keep the Dark Side in check, maintaining a balance of the polar duality.  These stories are prime examples of the hero’s journey.  The ultimate lesson is the same: in order to evolve as a spiritually and scientifically aware being, one must conquer fear and face one’s own shadow side.  Acknowledgement of the shadow is necessary to have a more complete understanding of existence.

Here we have a choice.  We can either let the DMT phenomena sit dormant for our future generations to explore, that is, if they are even left with a hospitable planet; or we can pursue the absolute wonder of this remarkable spirit molecule and perhaps discover something that may lead the human race to a greater understanding, an understanding of our role and responsibility as an intelligent species on planet Earth during such a critical moment in time.  The Extended-State DMT project known as DMTx is about to launch our sense of wonder deeper down the rabbit hole.

“The most beautiful thing we can experience is the mysterious. It is the source of all true art and science.” – Albert Einstein.