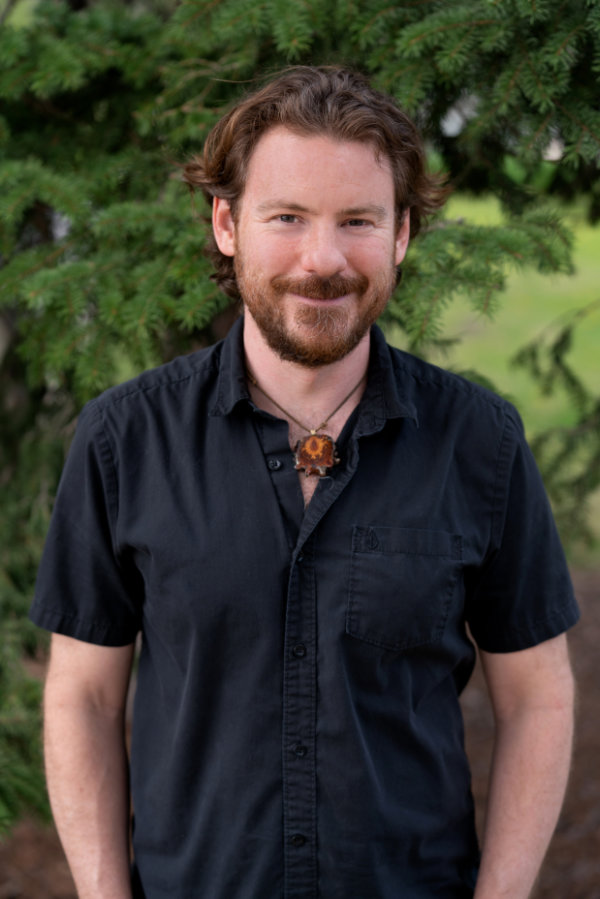 Originally from Seattle Washington, Jahmaya has lived in Arcata, California, The Big Island of Hawaii, Out of a Van on Kauai, and spent nearly half a year backpacking through Asia. In his early twenties, he began getting more acquainted with the potential of plant medicines and psychedelics to facilitate lasting change (but he kept that mostly a secret until the last couple of years). He majored in Religious Studies at Humboldt State University where he fell in love with mythology, Jungian/depth psychology, and the perennial threads within the world’s traditions. It was also during this time that he became interested in meditation, Reiki healing, yoga, and voice and sound work around campfires on the beach. He moved to Boulder in 2008 to attend Naropa University where he got his MA in Transpersonal Psychology. Over the years he’s also gotten professional training in Gestalt Therapy, Sensorimotor Psychotherapy, Motivational Interviewing, Mindfulness-Based Psychedelic Therapy (through Medicinal Mindfulness), Meditation through Shambhala, and became a Reiki Level III Master/Teacher.

Since his internship in 2012, Jahmaya worked with the incarcerated population, eventually becoming the Boulder County’s Jail Education Program Coordinator which entailed overseeing a 32-bed module of men and facilitating group therapy, individual sessions, and managing all that comes with working within a paramilitary institution. He left the jail in early 2018 and began his private practice here in Boulder while also continuing monthly prison work through the Realness Project where he offers 2-day workshops within prisons throughout Colorado.

Jahmaya has seen and held space for a wide variety of experiences, and he has been well trained to hold his seat and the container for whatever can arise. His background as well as his lens that employs mindfulness, parts-work, somatic psychology, and transpersonal states help inform his work as a psychedelic therapist. After seeing radical results with self and others, Jahmaya has become a passionate advocate for the use of psychedelic medicine to act as an accelerator to traditional therapy work, especially when the two are used in conjunction with one another. He did his formal psychedelic sitting education with MM and has been part of the team for over a year.

In his free time, he’s often playing with his three children, running around barefoot (when possible) outside, taking his dog to off-leash trails, playing the mandolin, cooking, gardening, reading deep books and graphic novels, and laughing out loud daily with his wife Jovahna.